Caricom associate members4- The Turks and Caicos Islands' Motto is "One People, One Nation, One Destiny"

Turks and Caicos are located 575 miles south east of Miami Florida, 30 miles south of the Bahamas and 90 miles north of the Dominican Republic. T

The total land area of the main islands is 193 square miles. 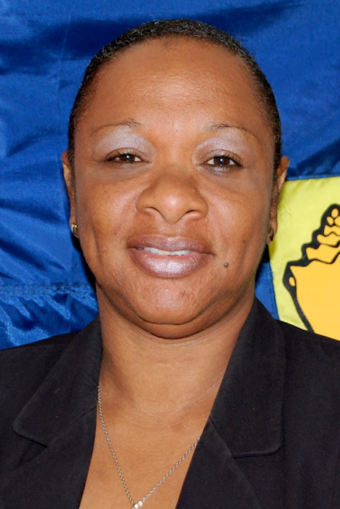 Premier of Turks and Caicos - Sharlene Cartwright-Robinson since Dec 2016

Columbus was said to have discovered the islands in 1492, but some still argue that Ponce de Leon arrived first. Whichever it was, the first people to truly discover the islands were the Taino Indians.

Then the Lucayans eventually replaced the Tainos but by the middle of the 16th Century they too had disappeared, victims of Spanish enslavement and imported disease.

Caricom associate members4- The 17th century saw the arrival of settlers from Bermuda, who established themselves on Grand Turk, Salt Cay and South Caicos. They used slaves to rake salt for British colonies in America, and were later joined by British Loyalists fleeing the American Revolution.

In 1766, after being controlled by the Spanish, French and British, Turks and Caicos became part of the Bahamas colony, but attempts to integrate failed and were abandoned in 1848. London - Kingston boats frequently visited Turks and Caicos, so links with Jamaica were well developed.

Caricom associate members4- The Turks and Caicos were annexed to Jamaica in 1874 until 1962, when they assumed the status of a separate crown colony upon Jamaica's independence.

The governor of the Bahamas oversaw affairs from 1965 to 1973. With Bahamian independence, the islands received a separate governor in 1973. Although independence was agreed upon for 1982, the policy was reversed and the islands are presently a British Overseas Territory.

Tourism is the main industry with off-shore finance and fishing also providing a strength to the country’s economy. The off-shore finance sector continues to grow due to the favourable laws which facilitate international business transactions.

The Turks and Caicos Islands has no income, wealth or inheritance tax. Most capital goods and food for domestic consumption are imported.

Find today's hotel deals in the Caribbean on TripAdvisor!

Airport: Three international airports at Grand Turk, Providenciales and South Caicos. All other islands have domestic airports except for East and West Caicos, which are uninhabited.