Caricom Member States1 - The motto of Barbados is: "Pride and Industry" and their National Flower is the dwarf Poinciana also called Flower Fence.

Barbados is the most easterly of the Caribbean islands; approx 120 km (75 miles) from St Lucia and 399 km (200 miles) north east of Trinidad and Tobago.

Barbados was settled by the English in 1627 and remained under their control until independence in 1966. 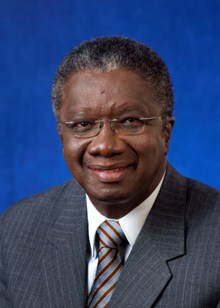 Belize motto is "Under the Shade I Flourish" and their national flower is the Black Orchid.

Belize is located on the Caribbean coast of central America with Mexico bordering on the north and part of the west and Guatemala on the south west.

Caricom Member States - Belize was part of the Myan Empire of Central America which flourished between 300 and 900 AD.

The country changed hands between Spain and Britain from the early 1600s until 1863 when it became British Honduras,   The country was renamed Belize in 1973 and gained independence in 1981.

Favourite Dish: Rice and beans with meat and potato salad