caricom member states3 - The motto of Guyana is One People, "One Nation, One Destiny" and their national flower is Victoria Regia Lilly. 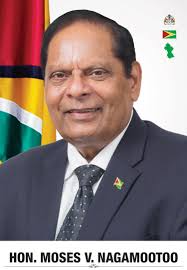 caricom member states3 - Haiti, a 80% mountainous country, is located on the Western half of the island previously known as Hispaniola, 80 km east of Cuba and 750 miles south-east of Miami (Florida) The Dominican Republic occupies the Eastern two-thirds of Hispaniola.

Columbus came to the island of Hispaniola in 1492 which was populated by Arawak Indians.  In 1503  the Spanish brought in the first enslaved Africans to the island and in 1697 the island was ceded  to France. In 1781 a voodoo priest named Boukman started an uprising later led by Toussaint L'ouverture, who launched a general slave revolt.  On 1 January 1804, Jean Jacques Dessalines proclaimed the island independent.

Haiti is the world's first "Black Republic" and the second oldest republic in the Western Hemisphere. The power struggles and political instability that marked Haitian history throughout the 19th century ended in US intervention that lasted from 1915-1934. A new period of political upheavals after the departure of the US troops opened the way to a 30-year long dictatorship by the Duvalier family.

On 7 February 1986 a popular uprising put an end to the dictatorship. The first free elections in the history of Haiti in 1990 brought Jean Bertrand Aristide to the presidency. After seven months in power, he was forced into exile by a military coup on 30 September 1991. With the help of the international community, Aristide was restored to power on 15 October 1994.

In the 2011 elections His Excellency, Michel Joseph Martelly was elected President.

The currency is the Gourde.